xplorersclub
posted on 3 years ago — updated on 1 second ago
384
views
Tucked away in a small park in Saxony, Germany, Rakotzbrücke Bridge is one of the many Devil’s Bridges of Europe.

It is designed in a way that when it’s reflected on the water beneath, a perfect circle is formed. Truly looks like something out of a fairytale, right? The bridge is totally built from human hands, with its origin during the 1860s. 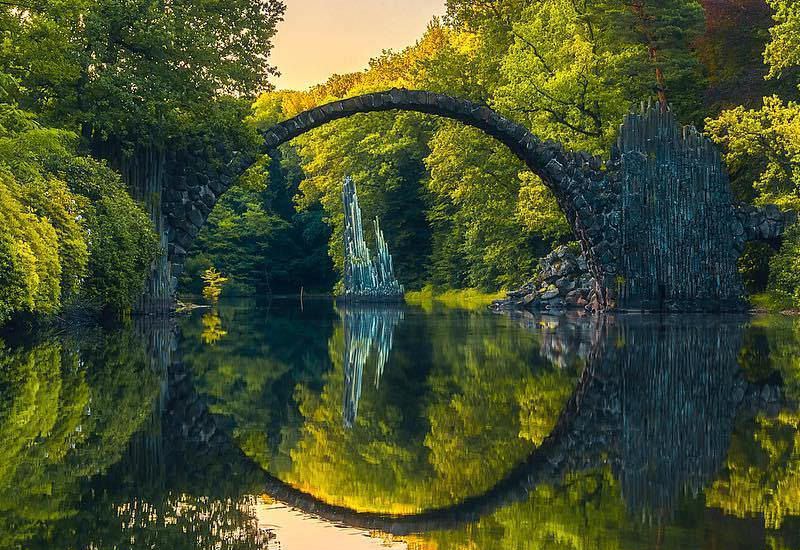 The reason these kinds of bridges are called Devil’s Bridges is that they are so close to perfect that the devil itself must have assisted in the build of it. The legend of these kinds of bridges says that Satan built the bridge in exchange for the soul of the first human that passes the bridge.  Anyway, the true builders of the bridge must have been more worried about the aesthetics of the bridge than the function of it. The bridge has a high arch which makes it nearly impossible for passing. Both sides of the bridge are decorated with rock spires that look like natural formed basalt columns. 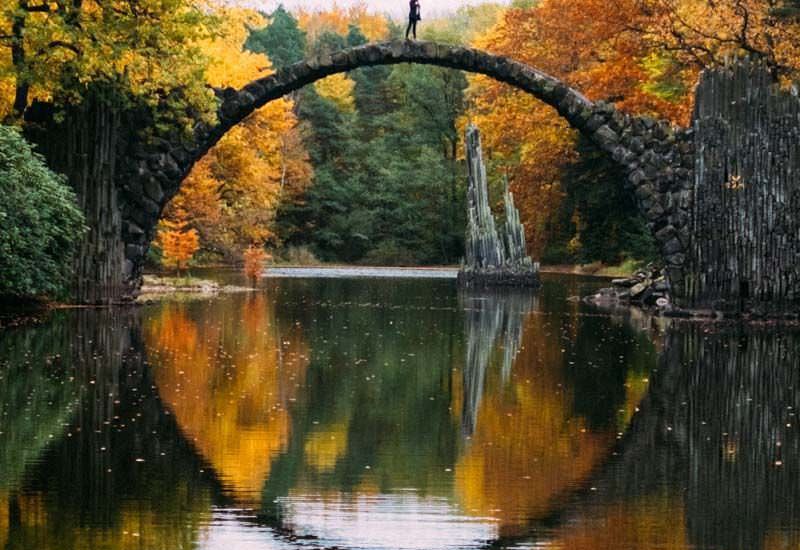 People are not allowed to cross Rakotzbrücke Bridge in order to preserve the magical and delicate arch of the bridge from degradation. It became really famous recently, featuring in thousands of Instagram posts. The bridge is currently under renovation and the water that crosses it is dried. The best time to visit Germany’s devil’s bridge is autumn, when you can mix the perfect circle with vivid colors of the trees surrounding the bridge.