The other “Edinburg Castle”. A Jamaican horror story.

xplorersclub
posted on 3 years ago — updated on 1 second ago
316
views
You have most probably heard about Scotland’s large Edinburgh Castle, which is also one of the biggest in Europe. However, this article has nothing to do with it except for the name. Edinburgh Castle in Jamaica, is a gigantic mansion built by the first serial killer of Jamaica, Lewis Hutchinson.

Hutchinson, a Scottish doctor, went to Jamaica in 1760s. There, he acquired a land and started building his luxurious estate in St. Ann.  The mansion, which was built in the shape of a castle, consisted of two towers which sat in two corners opposite of each other. Hutchinson hired a Scottish architect to build the mansion, also giving it the name “Edinburgh Castle” in honor of his Scottish nationality.

Until here, everything seemed good. But the problems started after the end of the construction. Soon after the house was built, travelers started disappearing around the area of the “castle”. Hutchinson, who took the nickname “The Mad Master of Edinburgh Castle”, would invite travelers to spend the night in the “castle”, as it was the only inhabited place along many miles. Then, he would torture and kill his guests, throwing them in a hole inside the “castle”, or put them in trees and have the vultures eat them. 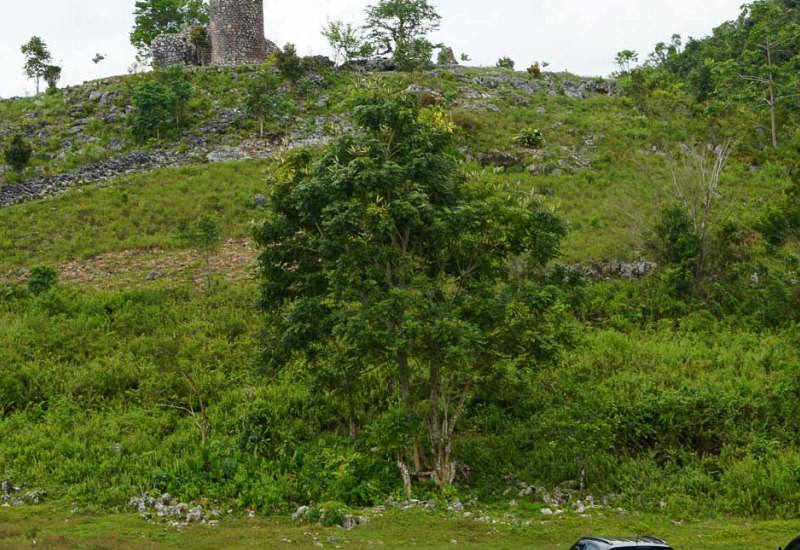 The madness of the doctor would not stop there. Often, he would shoot passersby from his castle and take their bodies. For a long time, there was no evidence that the doctor committed these crimes. The moment that brought his end was when an English soldier, John Callendar, approached his castle with the purpose to confront Hutchinson and was shot in front of many witnesses. This sparked an outrage across the area and people demanded the capture of Hutchinson. When police came looking for him, the mad doctor tried to escape by a departing ship but was captured, trialed, and lynched in Spain. 43 wristwatches and many clothes were found in his house, believed to belong to his victims. However, he was only trialed for the murder of the soldier, as it was the only one with evidence.

After the death of Lewis Hutchinson, the estate was left abandoned as no one dared to buy it or live in it because of the events that took place there. It sat abandoned for a long time and eventually fell into ruin. Today, the Jamaican “Edinburgh Castle” is managed by the Jamaican National Heritage Trust. However, after all these years, people are still terrified by the history of the castle and often warn visitors today away from the estate as ghosts and spirits wander there.

Fun fact: The castle has been used in the famous Assassin’s Creed III game, where the fictional character Connor Kenway, guided by a treasure map, ended up in Lewis Hutchinson’s victims’ collection.