xplorersclub
posted on 3 years ago — updated on 1 second ago
815
views
South Tyrol, Italy, is the home of the beautiful Tower Bell of lake Reschen, 1 mile south of the Austrian border. It is an artificial lake and is most known for its tower bell which sits right in the middle of the lake. The medieval building looks like it’s floating, with water surrounding all sides of it. 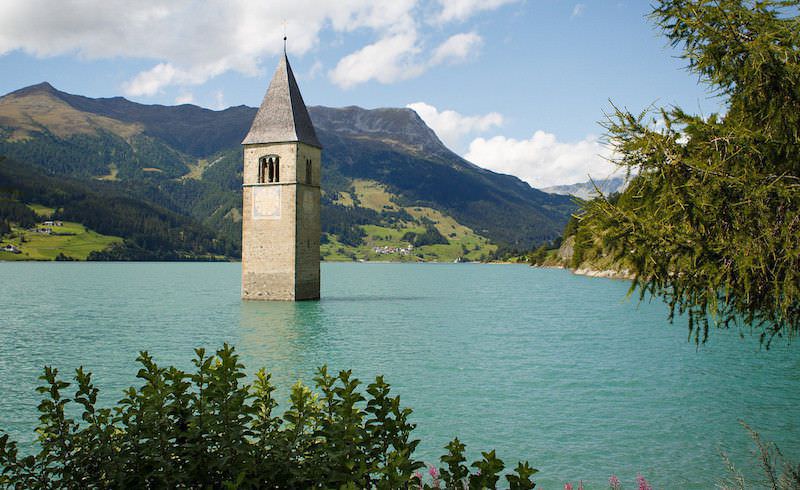 Lake Reschen is an artificial lake. Before the area was flooded to create the lake, there were hundreds of families living there. In 1950, the village of Graun was submerged in order for the project of the lake to succeed. Despite the population of the village opposing, the plan still went going. There were about 163 houses and 1290 acres of cultivated land submerged. One thing that was not submerged however, was the bell tower of the village’s church. 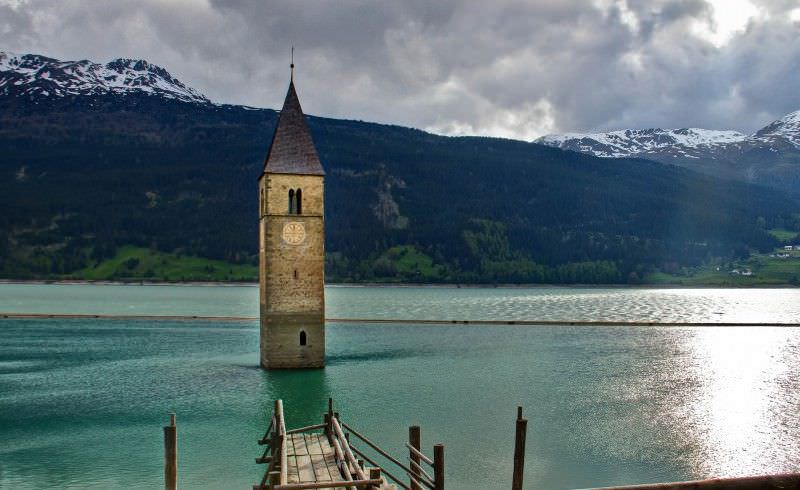 Like most abandoned places, Lake Reschen’s bell tower is surrounded by legends. Some say that the tower held a silent watch over the flooded city. Others believe that the bell rings to the dead of winter, which is kind of impossible because the bells were removed from the tower in 1950. 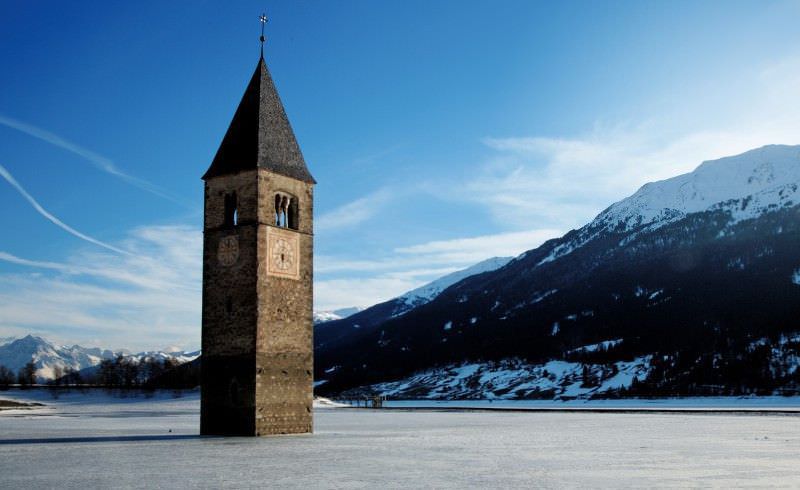 During winter, the lake is completely frozen and people can walk to the magic bell tower. However, the lake is beautiful to visit at any given time of the year. It truly feels surreal to watch a tower crawl out of the water like it’s reed.