The shocking truth behind this abandoned Romanian village.

xplorersclub
posted on 3 years ago — updated on 1 second ago
246
views
Romania is the home to many abandoned historic buildings, some of which we’ve already reviewed. However, it is also home to a completely abandoned village. Yes, you heard it right. A whole village sits abandoned in a picturesque Romanian valley. Or is it better to say ‘floats abandoned’? If you have ever been to Romania in search of abandoned places, you’ve probably encountered the abandoned village of Geamana. 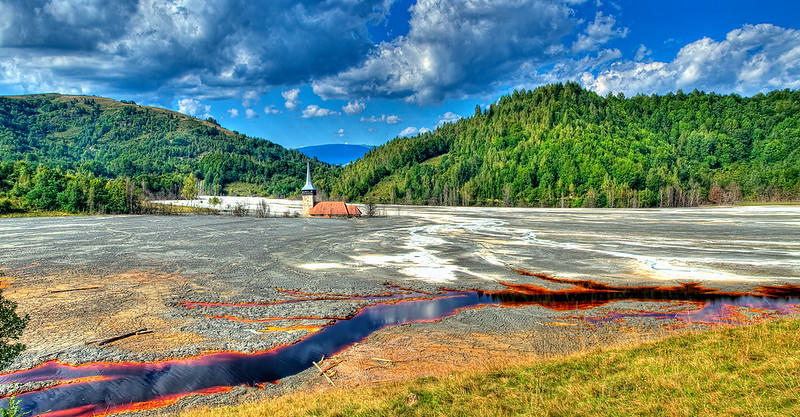 Let’s start off with a short introduction. Geamana is a beautiful village located approximately 279 miles north-east of the capital of Bucharest, Romania. Up until 1978, the village was thriving, with the beautiful nature intertwining the happy life of the villagers. Then the year 1978 came. The then-dictator of Romania, Nicolae Ceausescu was informed about a rich-in-copper reserve in the nearby area of the village. But, mining all the copper would not be easy, as they also needed a place to dump the toxic waste produced by the mining. What place would be better to dump the toxic waste than the village itself? Shocking, right? 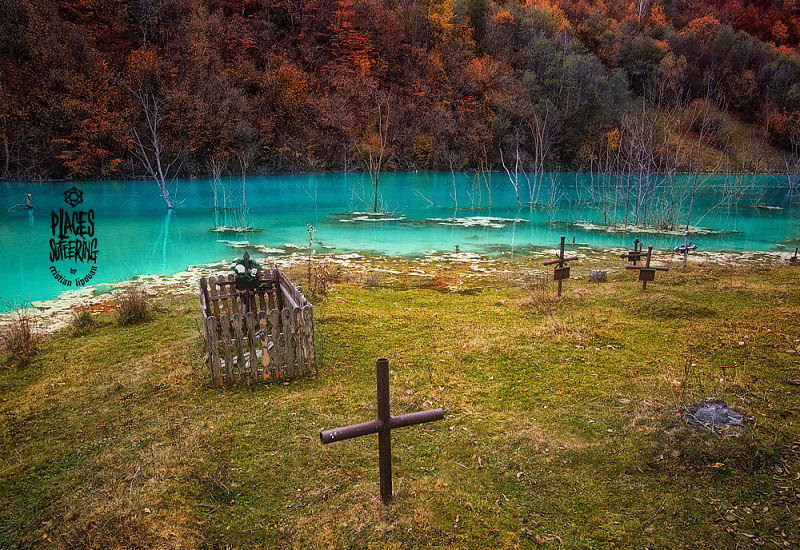 The exploration for copper mining has currently stopped in Geamana. However, it’s logical that the consequences of the toxic waste being dumped in the water are still noticeable. What’s more ironic, is that the government of Romania has planned another exploration project in the area. The project is of course highly opposed by the Romanian society, which have been the very victims of this project, losing their home and their beloved village. However, the corrupt government of Romania has repeatedly failed to maintain a high environmental standard. 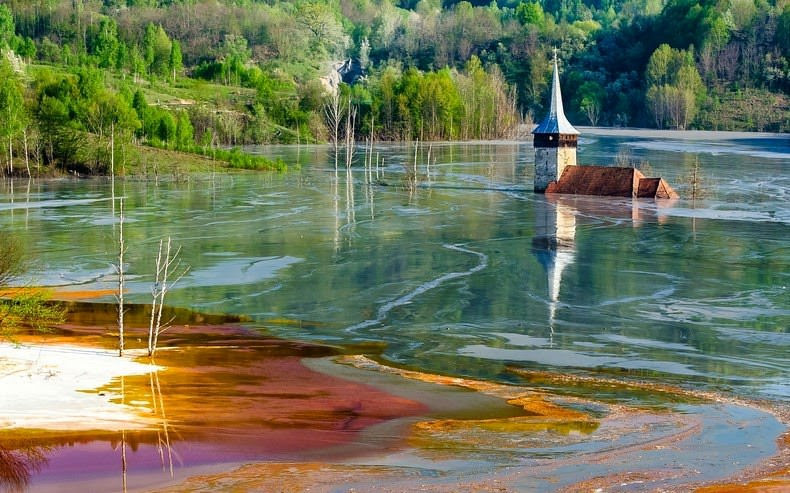 The dictator ordered the evacuation of the whole population of the village, about 400 families, in order to begin mining the copper. Most of the families agreed to move away, as they thought they would become rich as the government promised. However, they were moved over 62 miles away and only received small amounts of land and money for their trouble. They were even told that the graves around the church would be relocated, something that never happened. The flooding of the village created an artificial lake that would be used to dump the toxic waste. The village was completely erased and the only memory of it became the tall standing rooftops of some houses and the church, which strongly resembles Reschen Lake Bell Tower. The toxic waste that was dumped in the lake turned the water into a multicolored mess.

The place is still in a miserable condition in the moment we speak. It’s hard to believe that a beautiful village was sacrificed in order to mine copper, hardening the lives of hundreds of families and polluting the environment at an extreme level.  It’s important to note that if you want to visit the lake, it’s only accessible by mud tracks, which may not be suitable for all types of cars.