xplorersclub
posted on 3 years ago — updated on 1 second ago
578
views
United Kingdom is home to hundreds of thousands of beautiful castles as well as abandoned monuments of history. There is however one special category that finds its place into this group of decaying structures. Abandoned Hospitals. Although there are many abandoned hospitals across the United Kingdom, we chose 5 of them to feature in our list. Denbigh Asylum is an abandoned hospital in Denbighshire, the northern part of Wales. The building of the old hospital started in 1844 and in 1848 it was completed. Initially built for up to 200 patients, it quickly expanded and in the mid 20-th century could house up to 1500 patients. The asylum housed and treated patients with mental illnesses such as schizophrenia. Eventually the hospital derived from its purpose until it was finally closed in 1995. The hospital sat abandoned for decades and has been decaying ever since. However, in 2018 the Denbighshire County bought the hospital with the purpose of demolishing it and turning the area into a housing complex. Gartloch hospital is a mental hospital located in a village near the city of Glasgow, Scotland. The hospital opened its doors in 1896 and operated for exactly 100 years. The hospital expanded throughout its years, being completed with several new pavilions and buildings. In 1904 the hospital had a maximum of 803 beds. It also served as a place to treat wounded soldiers during World War II. Gartloch Hospital was the first hospital to perform lobotomy, a sinister type of surgery which was used to treat mental illnesses during the Victorian era, but put the patients into a vegetative state instead. The misfortune of the hospital begins in 1980 when the “Care in the Community” reform was introduced in the United Kingdom. It was a reform that aimed to deinstitutionalize the treatment of the patients by treating them at their homes. After these events, the hospital was used less and less every day and started falling into decay. The hospital was finally closed in 1996 after 100 years. Today, the hospital has been turned into a luxurious village.

Fun Fact: A movie about the hospital was released in 2005, even winning a price in for the Best Factual Film at the Scottish Mental Health Film Festival Hartwood Hospital was a mental hospital located near the town of Shotts, Scotland. Its history resembles Gartloch Hospital in many aspects. It was opened in 1895 and initially had 500 beds. However, as time went by more beds were added, together with many new buildings such as a nurse’s home and a tuberculosis sanatorum. It’s important to mention that, like Gartloch Hospital, Hartwood Hospital was a self-ran institution and had its own power plant, cemetery, staff houses etc. Just like Gartloch Hospital, Hartwood Hospital saw its decline during the presentation of the “Care in the Community” program and slowly fell into disuse until it was finally closed in 1998. There was an attempt for it to be used as a film studio, but it didn’t last long. There were huge fires in 2004 and 2016 that turned the hospital into a damaged structure which has been derelict ever since. Middlewood Hospital is a former mental hospital located 3.5 miles north-west of the city of Sheffield. The construction of the hospital started when the Wakefield Asylum was not dealing with overcrowding, having trebled in size during 25 years. For this reason, the county decided to build a new mental health facility in the land in Wadsley Park. The initial plans were for the hospital to have 400 beds, but they quickly updated it into 750 beds regarding the large demand for help by mentally ill patients. The hospital was opened in 1872 and operated for about 103 years. It served as a facility to treat wounded soldiers during World War I and World War II, even being visited by King George V in September 1915. Like most of the Victorian Hospitals, Middlewood Hospital saw its decline because of the “Care in the Community” project. It was finally closed in 1996. The land was then bought by House Developing companies which turned the hospital into a complex of luxury apartments. As some of the buildings of the hospital were listed as grade II buildings, they could not be demolished and still exist on the site, including the church and the clock tower of the hospital. 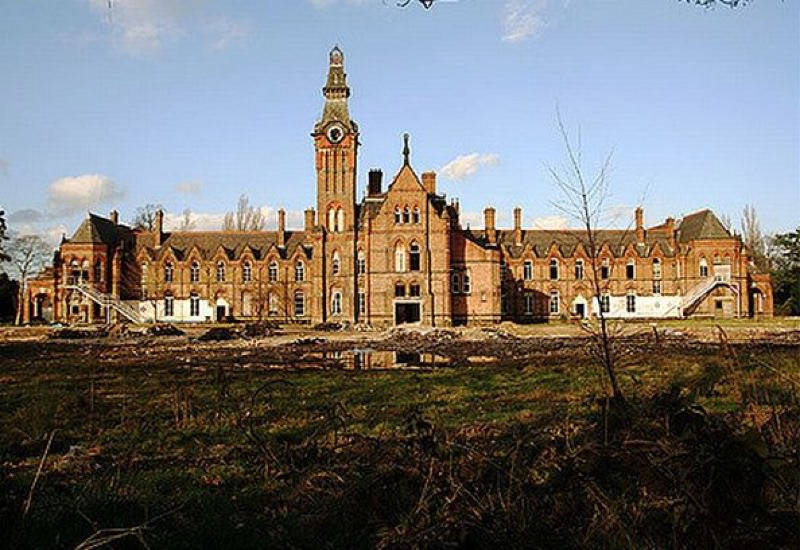 Barnes Hospital is a former hospital located in Cheadle, Greater Manchester, England. It was opened in 1875 to serve as an asylum, famous for its Victorian-Gothic building style. The building of the hospital was made possible from several donations by famous philanthropists of the area including Robert Barnes, a former mayor of Manchester. It initially had 172 beds, a quite small hospital. Since the hospital was losing many money through the years, officials decided to expand it in order to admit more patients to the hospital. It even served as an emergency-treatment facility for wounded soldiers during World War II. Barnes Hospital was closed in 1999 after a cut in funds of the Trust that managed the hospital. It sat abandoned for many years, turning into a decaying structure. Several stories about ghost nurses wandering through the hospital have emerged since then. The hospital was believed to be haunted by most of the people in the area. It has even been the set for some horror movies. The hospital is listed as grade II building. For this reason, the buyers of the land which want to turn it into a residence cannot demolish it but have to reconstruct and rebuild.

Which one would you visit? 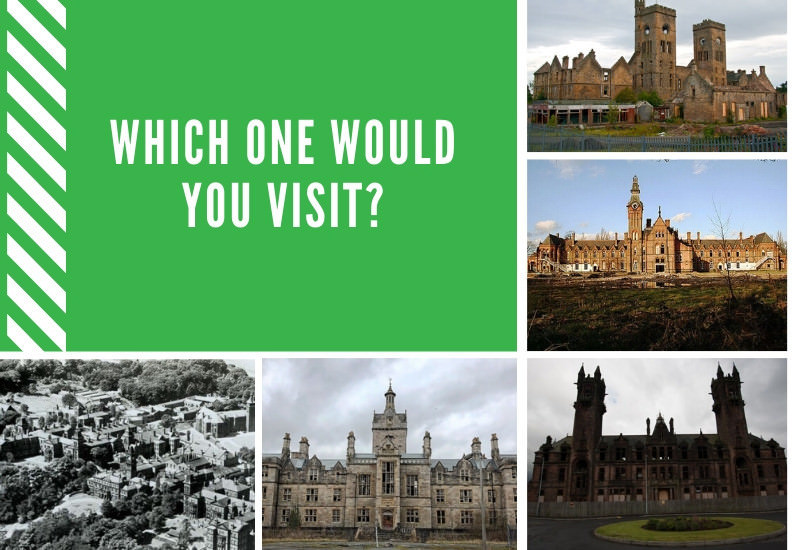 Lets say that you get the chance to visit one of the locations. Which one would it be? Vote on the poll above.

Tell us in the comments why did you vote that location?