The Secret Antarctic Nazi Base of Neuschwabenland

xplorersclub
posted on 2 years ago — updated on 1 second ago
1,360
views
Before World War II, the Nazis carried a range of mysterious trials with technologies and processes foreign to the rest of the world in that era. 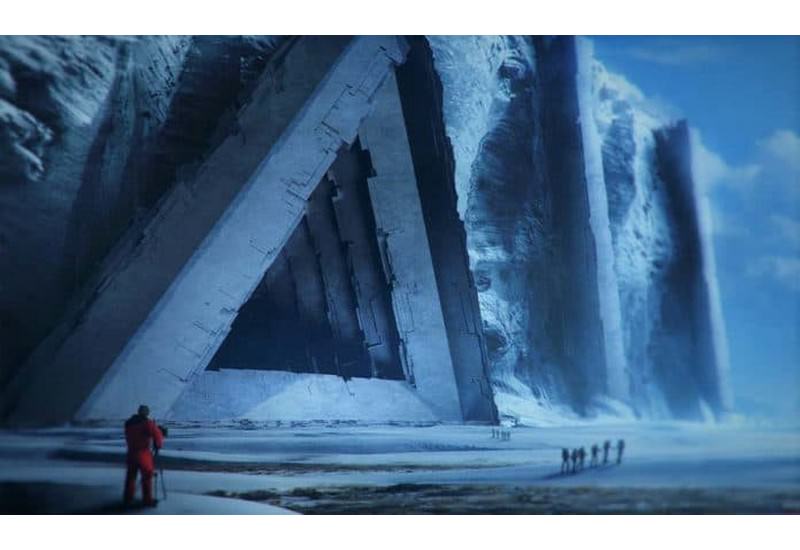 To dominate the world, the Nazis hunted for some hidden revelations and obscure technology from ancient people. They focused all their energies in the dream of obtaining advanced technology that would enable them to conquer the world and switch the result for WW2.

The Nazis did not become the dominant race but in anticipation of the future stored in the secret refuge of Base 211. 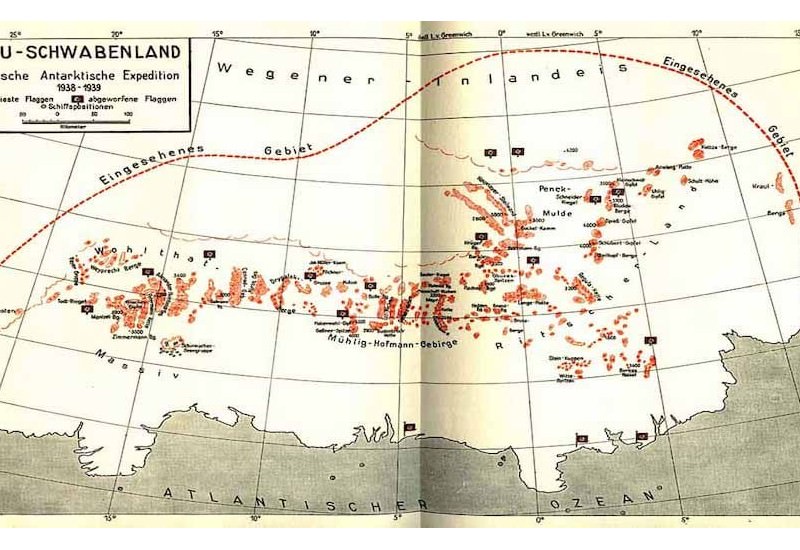 The cold and remote area was studied in particular by the German Antarctic expedition, which found the oddities of this site. Here, researchers discovered springs of warm water and grass in the fields where everything had to be frozen. These were areas where the work of geothermal reservoirs supported the presence of green vegetation.

An interesting quote regarding Antarctica and Neuschwabenland from Admiral Karl Donitz:

“The Deutsch are proud to have built an impregnable fortress for the Fuhrer on another area of the Earth.“

For 500 years, several writers and researchers have been obsessed with speculations of a secret, strange Base 211 and a mysterious Nazi military expedition. Plenty of secrets are associated with Nazi scientists, as well as the very top of the Reich. 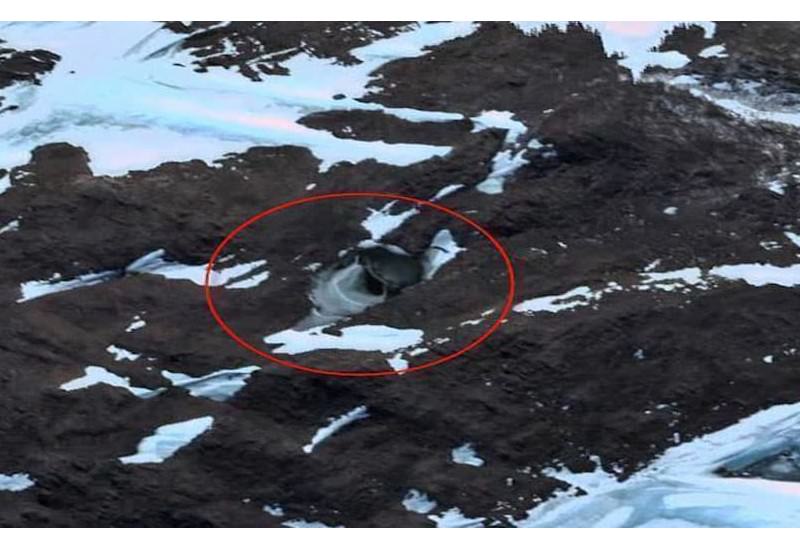 The Nazi Base 211 was undoubtedly built. It is located inside a small mountain range without any ice in the Mühlig-Hofmann peaks in Neuschwabenland. Although, numerous historians have dismissed the presence of Station 211 in the Antarctic, implying that there was no evidence of such allegations.

Others are certain that everything on the surface of the iced terrain is just a “cover,” Hitler’s real home is buried under the ice and will never be discovered.

Multiple scholars suggest that in 1946-1947, Richard E. Byrd, the most renowned arctic explorer of the time of the United States of America, was assigned the task of locating Nazi bases. The myth is based on a real operation under the nickname “Operation Highjump.”

During this operation, Admiral Byrd was granted the most massive armada ever been in Antarctic regions. It was a true expeditionary fleet, whose secret purpose was to investigate the Nazi occupation. 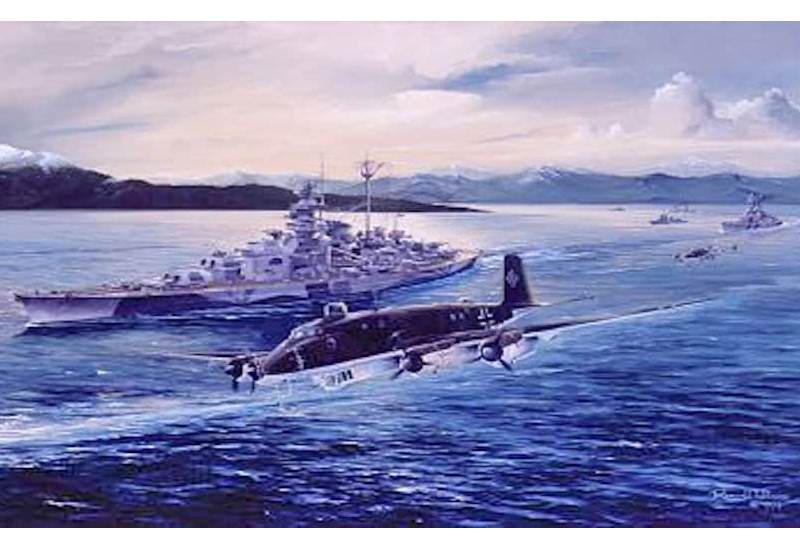 While some think Admiral Byrd only went to explore the area of Antarctica. However, others believe that this enigmatic operation, which involved 13 ships, an aircraft carrier, an entourage of aircraft, two destroyers, a submarine, and a total of 4,700 personnel with full combat gear, was an operation to locate a hidden Nazi base.

The established story is that this operation was only a “training exercise.” But, judging by the extent of the expedition, “Operation Highjump” was not an exercise, and the aim was to investigate the frozen region.

Admiral Byrd’s work was completed in six months, quicker than it was expected. Many members of the expedition died, and a specially created all-terrain vehicle and surveillance aircraft were also lost. An exciting passage of this operation details the coming from Admiral Byrd:

“We crossed a mountain chain and continued north as far as was possible. Behind the ridge found a valley with a stream of a river flowing through all the central part. There should not have been a green valley, but it was. We observed large forests on the slopes of the mountains. Navigational instruments give wrong readings, the gyroscope sways to and from.”

Talks related to Base 211, Admiral Byrd and other speculations of Antarctica are countless. There is even a legend that during the journey, they met a group of people with blue skin. However, there are no reports for this contact among the official narrative.

The Real Mission Of Operation HighJump 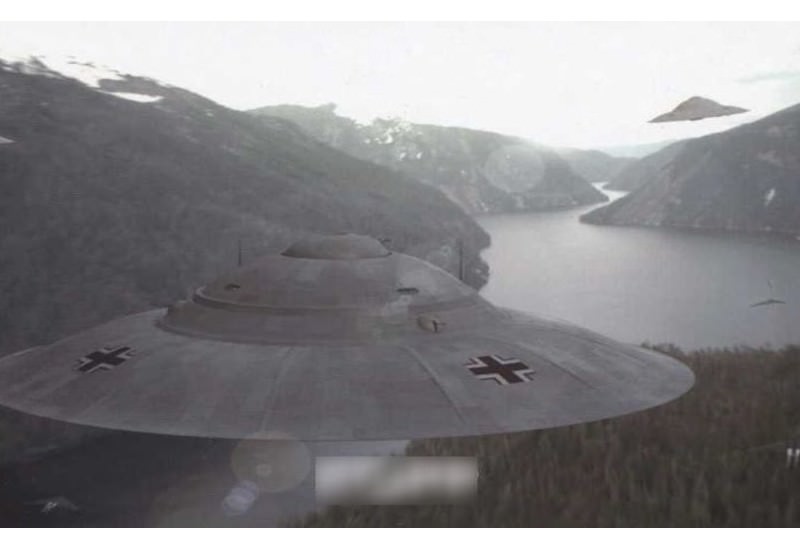 Richard Byrd made enigmatic comments when he had talked with a reporter from the Int. News Service, Lee van Att:

“Admiral Byrd said today that the United States of America should take immediate action to defend against possible enemy areas. The Adm. also said that he does not want to scare the people and the state in vain, but this is an important reality. Indeed, in the event of a new fight, Americans will be assaulted by flying objects capable of operating from pole to pole with incredible speed.“

Proof of that was his knowledge as the Admiral, gathered at the south and north poles, which he shared at a press conference for the Int. News .

Although El Mercurio is a real newspaper, a lot of people are doubtful of Admiral Byrd’s report and comments.

Momentarily, we can not be sure if Admiral Byrd was searching for a hidden Base 211 reserved for Nazi or randomly found something unbelievable.

However, researchers uncovered mountains clear of ice. Around 1956-1960, the Norwegian expedition mapped vast areas of the Queen Maud Land with spots of vegetation. Researchers have found mountains that fit the accounts and conspiracy theories around Base 211.