xplorersclub
posted on 3 years ago — updated on 1 second ago
477
views
Spain is home to thousands of medieval castles built by the Moorish during the Muslim reign of the country. This article lists 5 of the most beautiful castles of Spain. However, it does not rate castles from top to bottom and the placement is completely random.

1. The Palace of Alhambra 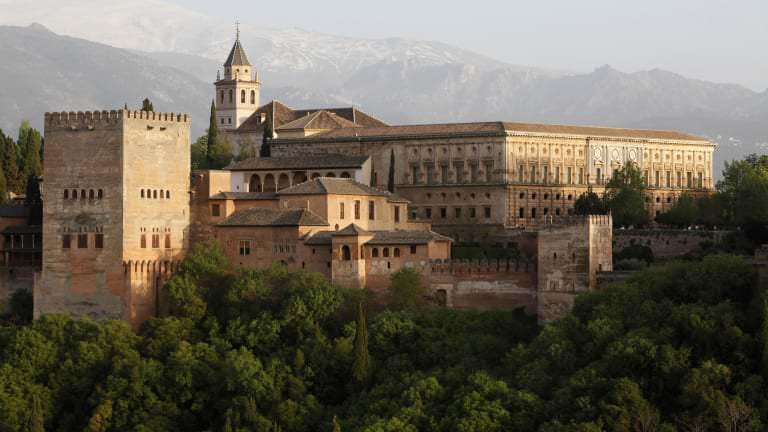 The Palace of Alhambra is located on a hill overlooking the city of Granada, Andalusia. The name Alhambra itself means “the red one” in Arabic, due to the reddish nuance of the walls of the gigantic castle. It was commissioned for building in the 13-th century by Mohammed ben Al-Ahmar, the then-ruler of Moorish occupied Granada, and the construction began in the 14-the century. Eventually, it was turned into a royal palace by the Sultan of Granada, Yusuf I. However, the Moorish did not last forever in Spain and in 1492 it was surrendered to Spanish Kings, King Ferdinand II of Aragon and Queen Isabela I of Castile. The castle underwent several reconstruction projects during the rule of the Catholic Kings, being renovated with numerous elements of the Renaissance. The palace also faced difficult moments throughout its history, with its towers being blown up in 1812 by the French during the Hundred Years War and an earthquake hitting the castle later on. The castle is the place where Christopher Columbus received the rewards for his work and has inspired many works of art as well as books. Alhambra Castle is a UNESCO World Heritage Site since 1984. 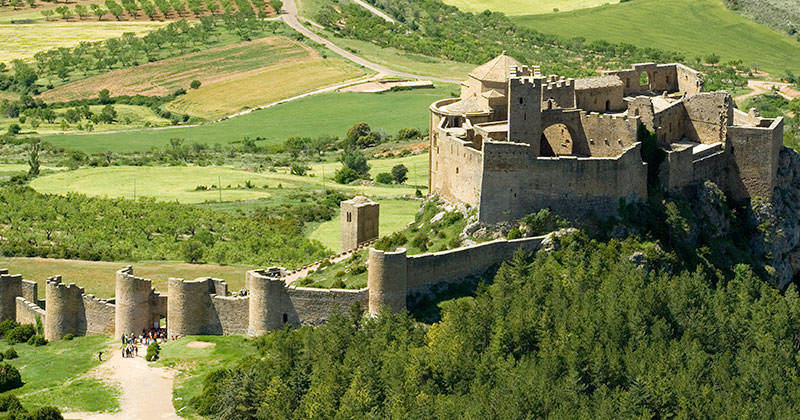 Situated in the village with the same name, Loarre Castle sits magnificently in Huesca Province of Spain. It is believed to be one the oldest castle of Spain, with building dating back to year 1020, when Sancho el Mayor conquered the lands from Muslims.  The castle consists of two parts: the first part built by Sancho el Mayor with two towers, and the second part built by Sancho Ramirez, consisting of a monastery attached to the castle. This also marks the beginning of Romanesque buildings in Spain. Since the castle was built during the expansion of Aragon, it was never besieged because when it was finished, its service was unneeded. However, Loarre Castle’s building and decoration continued through the 12th century. The walls and towers of the castle have been the object of major restorations due to disrepair, and today the castle is open for tourists. It offers an exceptional view of the Huesca Valley and is also protected by Unesco. 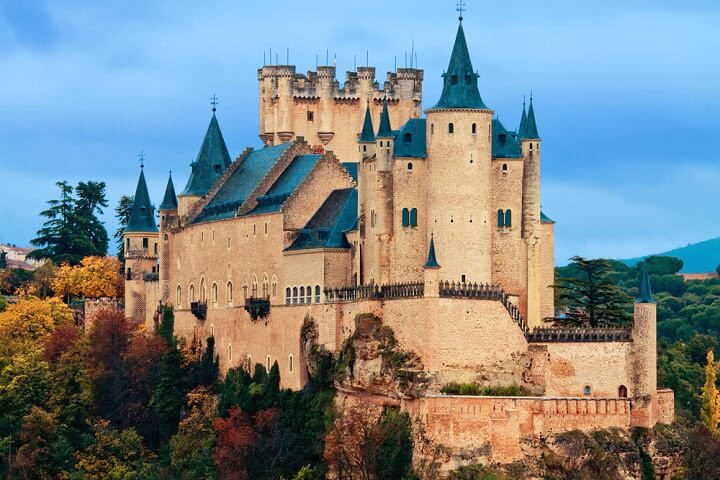 The Alcazar of Segovia is located in the city with the same name and is a medieval castle built in the 8th century. It is one of the most beautiful castles built in Spain, in a shape of a ship’s bow. The Alcazar of Segovia was primarily built as a fortress but has also served as a palace and a military school. The castle has quite an irregular plan, adapting to the hills it’s placed on. The castle’s most beautiful architectural works are the keep and the square with four towers. It also has several noble rooms as well as a Herrerian courtyard. The Alcazar of Segovia was one of the favorite residences of monarchs of Castille during the Middle Ages. The castle itself has experienced several renovation and upgrade projects by kings such as King John II who built the “New Tower” and King Philipp II who added sharp slate spires in order to resemble to castles in central Europe. The Alcazar of Segovia is another beautiful castle protected by UNESCO and is open to visitors. 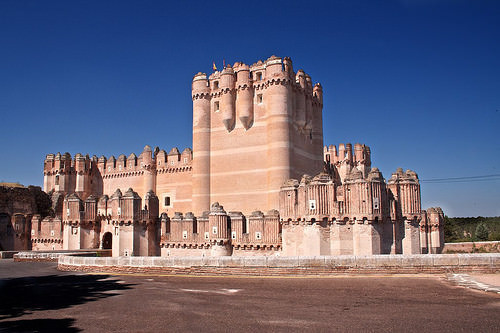 Located in the Segovia Province of Spain, Castle of Coca is one of the “youngest” castles built in the country, with construction dating back to the 15th century. The Castle of Coca is also one of the few castles built in a Gothic-Moorish mixed style. It was built by Alonso de Fonseca during the reign King Enrique IV of Castile. The building was designed in Mudejar style, the building style of Muslims living under Christian rule. Even though the castle was heavily fortified, it suffered considerable damage during the Revolt of the Comuneros in 1521. After this event, the castle went through several restoration projects and underwent extensive renovations. After 1730 the castle went through a long period of neglect which made it fall into disrepair. Furthermore, the castle was occupied by the French in 1808. The French were not concerned with the state of the building and after vacating it in 1812, the castle went into worse condition. However, the Castle of Coca was declared a national monument on 9 August 1926, and the government of Spain started renovation projects in 1954. The castle was fully renovated and started to serve as a forestry school, same as it does today. Tourists can only visit this magnificent castle by guided tours. 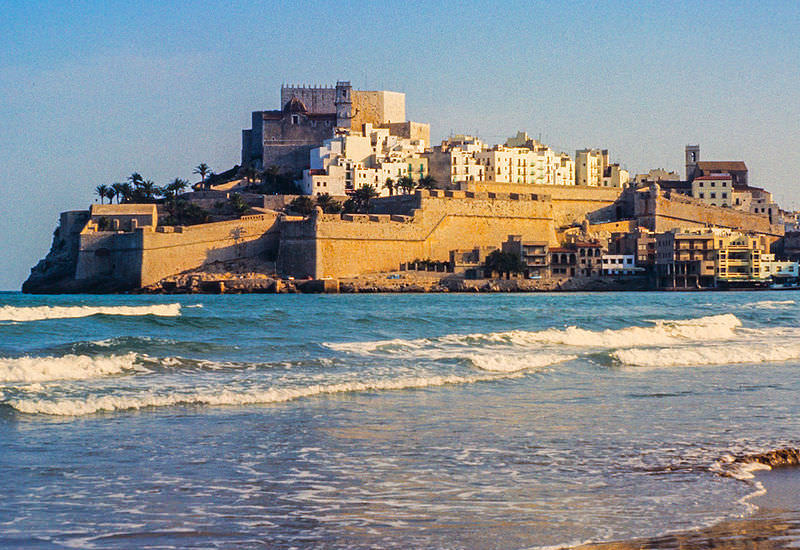 Peniscula Castle is situated on a crag, unfolding an unbelievable panorama of the Mediterranean Sea. The castle is located in Peniscola, Castellon, Valencian Community, Spain. The first evidence for the existence of Peniscula Castle were brought by Arab writer Al-Idrisi who briefly described a Moorish castle overlooking the Mediterranean Sea.  In 1229, the castle was given to King James I of Aragon after the last Almohad governor of Valencia signed a treaty to surrender various Moorish Castles to the Spanish. The castle we see today is actually built by the Knights Templar, which were given the castle by King James II of Aragon. The Knights Templar demolished the Muslim fortifications and rebuilt the castle in their own style. There were also other changes made to the castle by Benedict XIII in order to use it as a papal residence. Today, the castle has opened its gates for cultural, religious and other events, welcoming tourists from all over the world. If you ever visit Valencia, be sure to go on a day-trip to Pensicula Castle.