What happened to the world discoverer?

xplorersclub
posted on 2 years ago — updated on 1 second ago
1,321
views
There is nothing like the site of a deserted shipwreck.
All of them have their story to tell, scrapped a long time ago, waiting to be taken by the sea. Such wreck is the German MS World Discoverer.

Created by the German shipbuilding company Schichau Unterweser, the MS World Discoverer was a famous cruise vessel. Today, it is a colossal wreck, drifting quietly above the waters of Roderick Bay in the Nggela Islands. 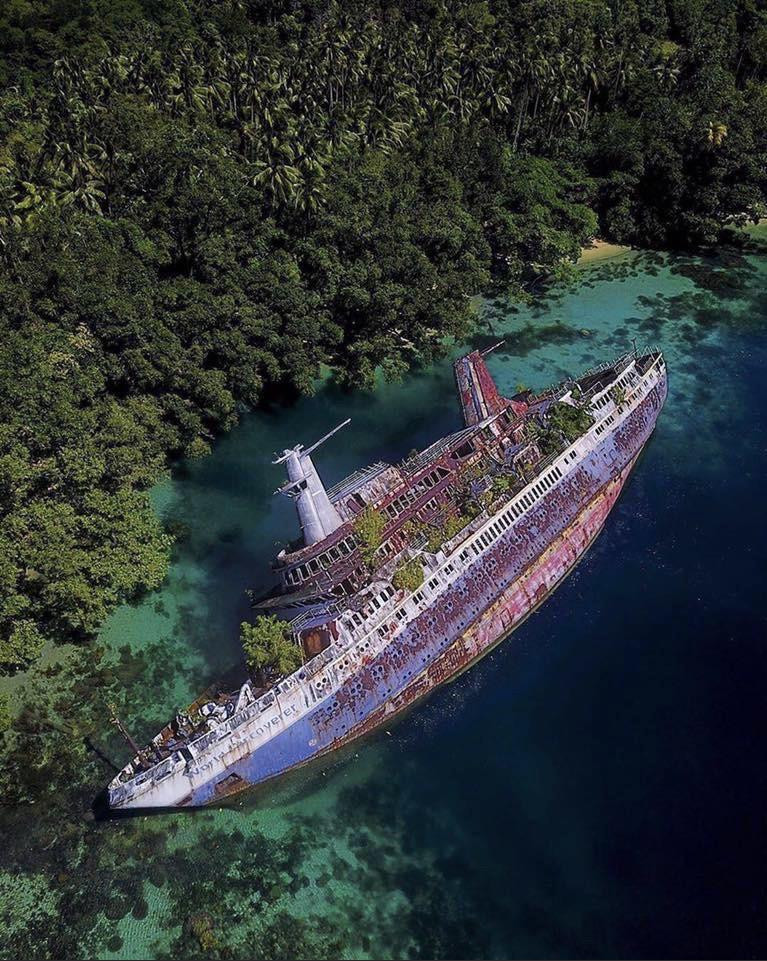 During development, it carried the name BEWA Discoverer, and after the finish in 1974, the cruse was sold to BEWA Cruises in Denmark. After two years, the ship was purchased by Adventure Cruises Inc., who changed the name to World Discoverer. Listed in Singapore, the ship began a longstanding engagement with Society Expeditions.

Under the direction of captain Oliver Kruess, the ship started conducting cruises throughout the Southern Hemisphere to places like Antarctica, Chile, Argentina, and the South Pacific Islands, as well as the Alaskan region, all the way to the Russian edge. 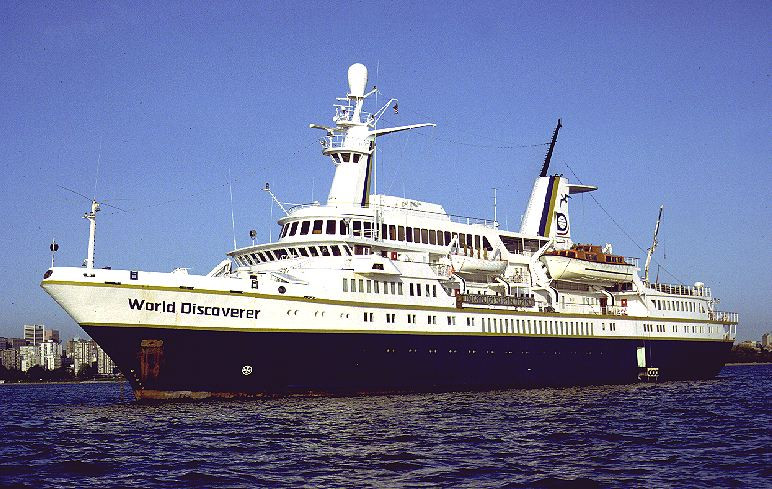 The double-hull structure of the cruiser allowed the passengers, particularly for journeys around the Antarctic polar territories, to watch the ice flow movements, providing them with a shield from minor collisions. A small expedition group was qualified for responding to any tourist questions about the regions and destinations that were visited. The team consisted of aquatic biologists, scientists, geologists, and historians, who were involved in two to three shore excursions each day, depending on the course.

The ship was fully outfitted, with a small swimming pool, health centre, lecture auditorium, library, observation room, and medicinal centre with a doctor. Small dinghy crafts were also ready for the tourists so they could dock on various shorelines of particular areas and see the local vegetation and fauna.

The ship’s range was 8,100 miles, and it allowed the Discoverer to take journeys on the  Northwest Passage and be the first to make that leap. 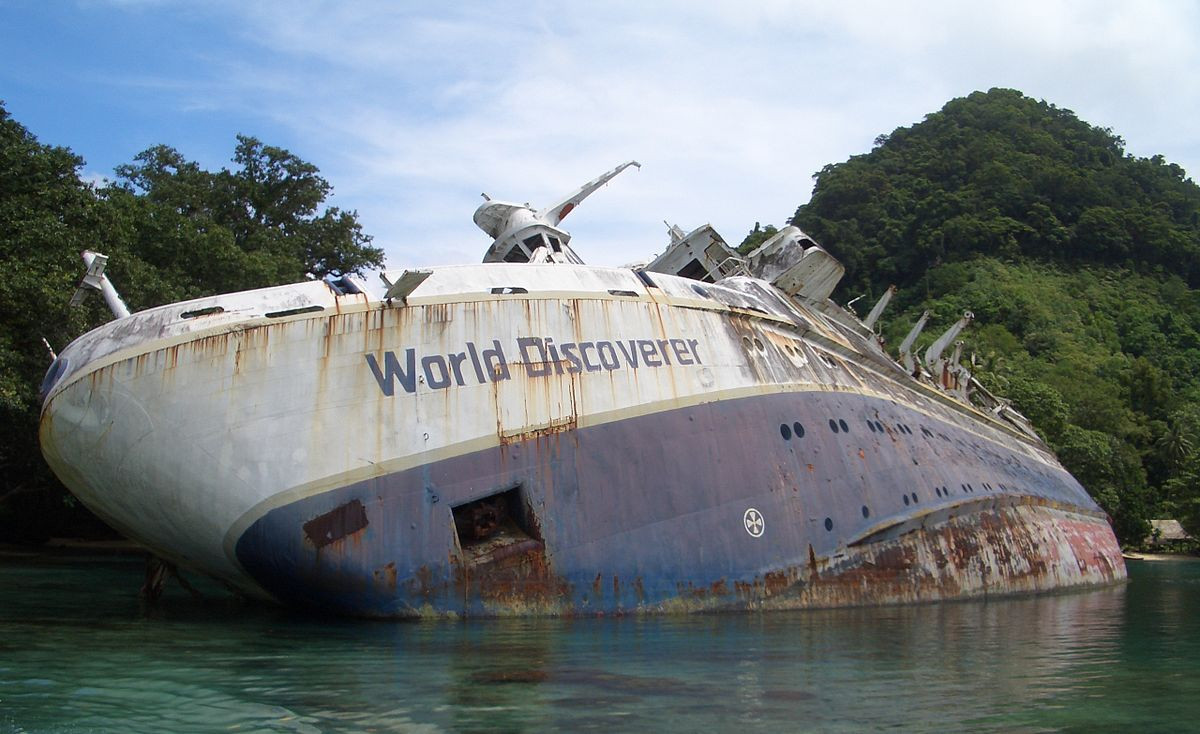 In 1987, the World Discoverer got itself, yet again, under new control and a new name. The new owner Discoverer Reederei, also owns other cruise vessels, such as the MS Explorer. In 1990 they moved the Discoverer to Liberia. In 1996, the boat was remodelled and revived entirely and got the old name. 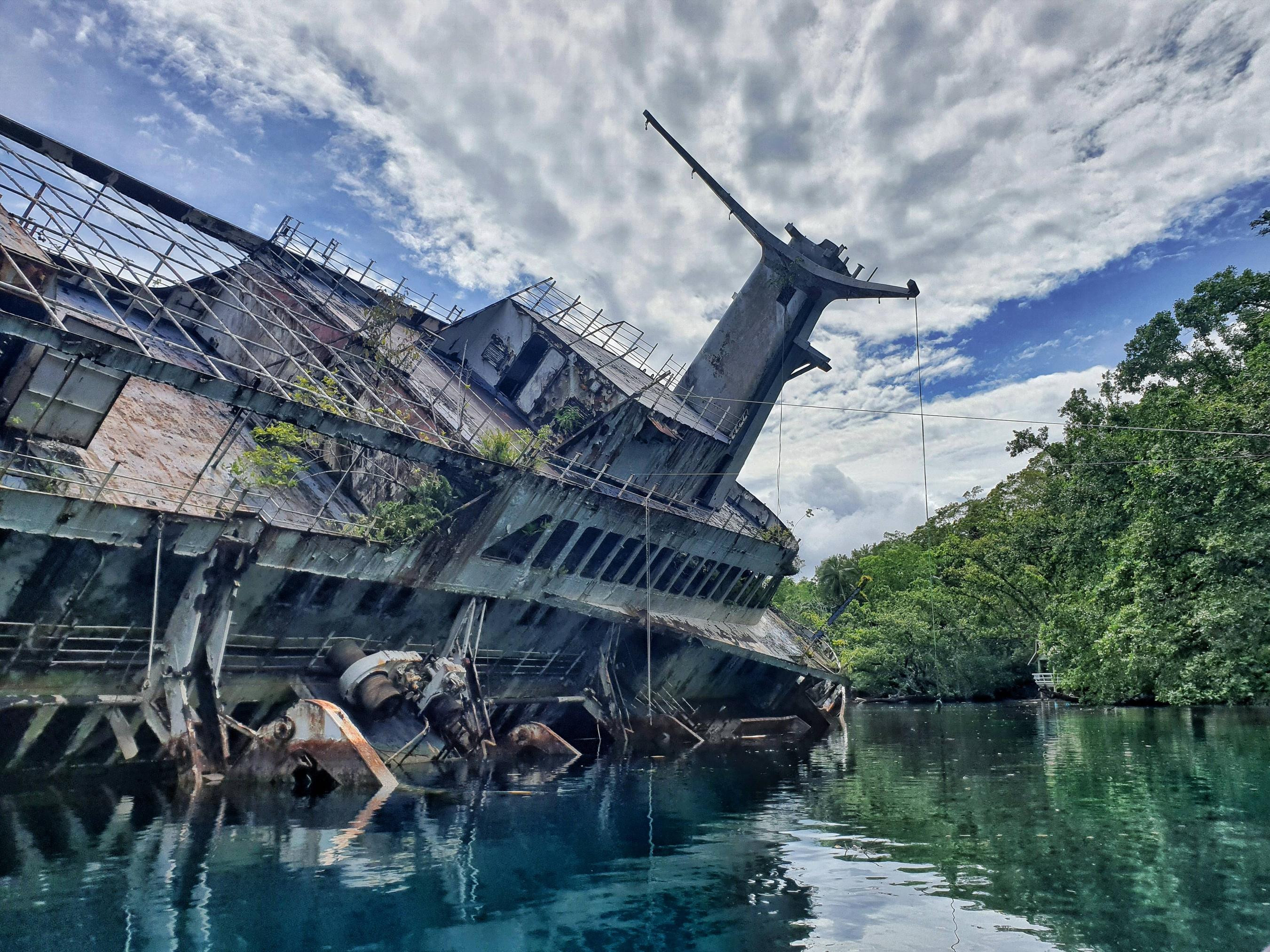 In 2000, on Sunday, April 30 around 4 p.m. local time, 11 days before its programmed yearly maintenance, the World Discoverer cruise ship crashed an undiscovered reef in the Sandfly Passage, Solomon Islands. Captain Kruess quickly sent a distress signal that was received by the city of Honiara, and to stop the boat from sinking, he was forced to steer it into a shore in Roderick Bay, which now is the ship’s final resting place.

All the 99 passengers that were on board were safe and were brought to safety by a passenger ferry. The boat couldn’t be saved, though, and lives there, shifted on its side, to this day. Salvage organisations stationed in Australia tried to recover the ship. Still, they came too late because the boat was then looted for equipment by the locals durring Solomon Islands civil war.  Tidal activity at the bay made further corrosion and decaying to the structure and the outside of the ship.

Today, it is a popular tourist attraction, still standing in that very place, waiting to sink under the water inevitably. It can be seen on Google Maps.